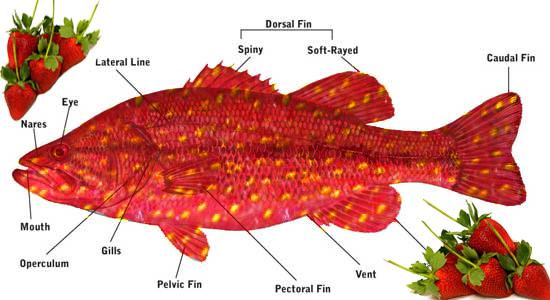 In the order to provide faster and cheaper food, executive decision makers at major food companies are sampling science, but they don’t want anyone to know. On any day in a grocery store, it’s uncertain how many people will stop to look up the ingredients or origin of the foods they put into their carts. It is certain however, that nobody intentionally seeks out food kissed by the gene gun. In a perfect world, humans could place blind trust into the aisles of their supermarket. That blind trust is what farmers, corporations, scientists, and the FDA are depending on. Thus “FrankenFood” is born.

The world’s population is hungry, growing, and shopping. Obviously, farmers make more money on fast and unaffected crop growth. On their quest to quickly produce, they have turned to large genetic companies in order to combat nature’s next surprise. As a result, the genetically modified organism has become beneficial for the farmer, corporations and supposedly, the economy. How much does all this cost? Scientist and the FDA say not to worry. They believe that GMO foods are safe but that’s really no consolation when roughly twenty percent of Americans pay attention to what they eat.

Genetically modified food was introduced into our lives for various reasons. Most farmers are protecting their crops from disease and frost. An even more stealthy argument touts the end to all chemical insecticides. The GMO industry says the benefits outweigh the [unknown] costs. If a papaya crop that was ravaged by a protein based virus could be fixed, then the benefit has outweighed the cost. Genetics has solved that problem. If chemical companies like Monsanto can convert from chemical production to growing plants, then genetics has possibly saved the environment too.

The problem with these proposals is they are too short sighted and for every plus there’s also a negative. Even though genetics can help a papaya contest viruses, it also springs new ideas that sound almost as scary as eating a splice of natural plant genes with a side of viral protein. How many genes of alien species are in our food? Are insecticide-producing plants going to create a new hybrid of bug? The government doesn’t want us to worry about it, after all they did tell us how great DDT is to consume in the 40s.

Beyond all argument’s, industry leaders will say they aren’t doing anything different then that of cross pollination. Logically, however, that argument breaks down at the threshold of crossbreeding different species. So now that leaves us with a mix of fruit-virus and animal-berry to look for next time we are in the isles of some supermarket. If you aren’t paying attention to what you eat in the first place then I wouldn’t suggest starting now.