If we want to stop unnecessary violence, start by dealing with the radicalization of individuals and hate groups.

First, let’s square off on what radicalization is. In the face of such a serious topic which ultimately results in death and tragedy, I move to start off using a generally agreed upon standard definition. What is radicalization:

“Radicalization (or radicalisation) is a process by which an individual or group comes to adopt increasingly extreme political, social, or religious ideals and aspirations that (1) reject or undermine the status quo[1] or (2) reject and/or undermine contemporary ideas and expressions of freedom of choice. (3) Deliberate fear mongering by the media; used to create a “witch-hunt” & “media-blitz” style propaganda attack on a specific race, ethnic-group, religious group, organization, or creed, under the guise of repetitive, veiled, and subversive tactics of Social Engineering; as was the case previously when terms such as “WMD”, “Weapons of Mass Destruction”, “Anthrax”, “Jihadi”, Jihadist”, “Fundamentalist”, were used in an attempt to justify war or some type of military action.” – Wikipedia

In simplistic terms – my grandmother once said to me, “If you have hate in your heart then all you will see is hate.”  Ironically, at the time of my writing this, she’s now been radicalized by Fox and CNN and is not the same uncompromised person who gave that wise advice. But I ask you to internalize her advice. 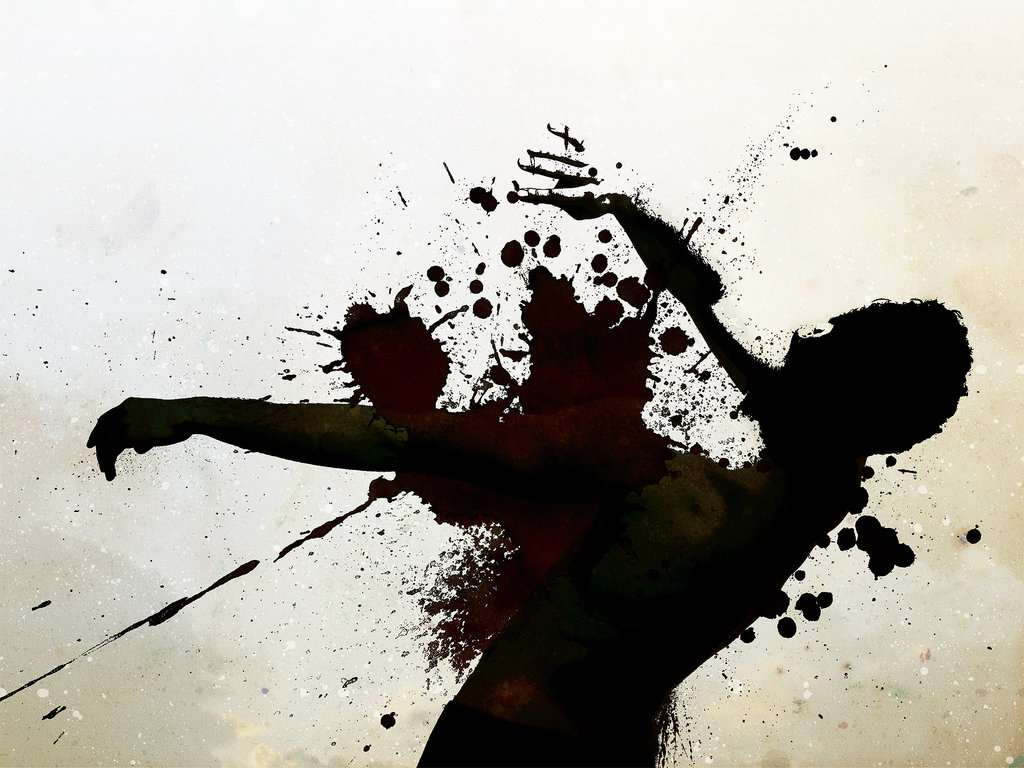 “Intolerance” By Alex Cherry – Alex is a renowned artist based in Los Angeles with an eye for socio-political statements.

We’re all human but individually, let’s be honest with ourselves – Do we have hate in our hearts? Yes, we all do internalize some degree of dislike because this is natural. That’s all fine and well but this means our basic natural instinct of hatred is also the frontline of abuse and tragedy. Hatred is the combat zone where normalization ends and radicalization begins. From dealing with a co-worker to dealing with an entire group of people – anyone who hates, who dislikes, is asked to make rational decisions based on that hatred, everyday.

In the wake of the Orlando night club massacre, now is the most important time to discuss curbing radicalization because there is a process contributing to these tragic horrible moments. Collectively, the human race has got to put a stop to this process. What happens after now, after Omar Mateen’s rampage? Do we ravenously spit out bile against Muslims and the LGBT community? No. We stop this shit and realize that exact, predictable behavior creates more Wade Michael Page’s, which creates more Dzhokhar Tsarnaev and Tamerlan Tsarnaev’s. Which creates more Carl James Dial Jr.’s. Which creates more of the same fucking meaningless swing of the pendulum leaving blood and tears in its path with every swing back and forth.

And like the shockwave of an earthquake, let’s not forget all the regionally-reported micro aggressions these larger events generate. The larger mass shootings, bombings, and  attacks in general, spawn hatred and violence perpetrated by individuals against individuals. Which is how you get more radicalized assholes like Chris Harper, Elliot Rodger, Dylan Roof, John Allen Muhammad and Lee Boyd Malvo, and those Columbine sacks of shit (GRAPHIC: and their fans) who felt justified in murdering because they got bullied.

Radicalization takes advantage of weak minds but here’s the catch – we all have moments of weakness at varying points in our lives. Moments where we’ve been kicked, trampled on, had our hearts broken, been fired, have run out of money, been targeted by religious groups and predatory cults. It’s how we individually and collectively process the trauma of the experience, that can determine if we do or do not become radicalized. And here’s the other catch – hate groups, the media, and marketing firms understand this. There’s varying levels of taking advantage of someone in a weak state. Some want to sell you makeup, diet pills, and fast cars – others want to recruit you into their brotherhood/sisterhood against “xyz.” Radicalization works on so many psychological levels and can be manipulated in any capacity. How do we deal with this?

And so here we are standing in a new wake of senseless violence as a result of yet again, more radicalization. Predictably, we have the radical right-wing of the U.S. screaming out against Muslims and the LGBT community. This is the wrong fucking response. The correct response is looking within ourselves and then collectively asking how the living shit do we deal with the radicalization of the human being on the individual battleground of mental weakness? We’ve only begun to have this conversation, too – unsurprisingly, with a lot of blowback from radicalized assholes.

The anti-bully campaign has merit, folks. It’s a move against radicalization by telling young people in their moments of weakness, that their suffering at the hands of others will pass. That they aren’t alone and that they are loved. It’s the best example I can think of out of a pool of many other campaigns of which I do agree with – but feel probably could use more vetting and discourse based on the main trigger of hatred, namely fear of oppression. Another topic for another day.

In the end, radicalization is the enemy. Any group, any religion, any cult, and any individual can be, has been, and will continue to be radicalized and there isn’t one god damned thing we can do about it until we collectively grow the fuck up, and have THIS conversation.