Epilogue: Before you read this old diary entry please realize what an idiot I am for even getting myself into this situation over f’ing bags. I was clearly immature materialist. I am not the same person, a decade later. And while I think the person who wrote this is a total asshole, I still think it’s a well written piece.

if you have the stomach for bargaining with the tenacious Chinese’, then seek out the markets. i for one, have spent the last two-days, and way too much money, either getting deals or getting screwed.

the people of Hong Kong talk fast, move fast, and are just clever salesmen all around. i love this city.

as of now, i favor ‘the woman’s market’ off of Nathan Ave. in Mong Kok, but i had to get the hang of it. if you want Fendi, “we have Fendi, showroom?” i had noooo idea about A. how quick these people move and B. how damn good they are at bargaining. it’s amazing how much more English they begin to “remember” the more you get into the bargain. 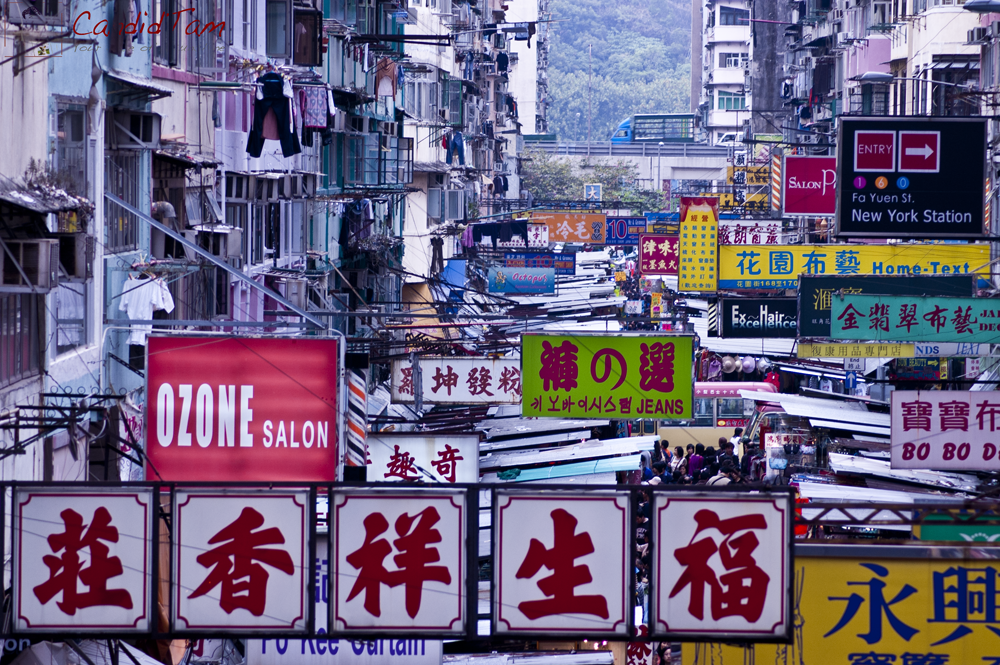 ‘the woman’s market,’ fits in a tight space along a stretch of around five blocks with four continuous lines of booths, and a gazillion people that are all cutting you off in a quest to either sell you something, or they’re just finding their own deals. you trip, you walk, you look, you walk, and sometimes you stop.

after a while, i finally figured out the two types of vendors. there are the legit ones, with obvious wanna-be designer merchandise like coach bags with the extra line in the c, and then there are stalls with nothing but a table, a lady or gent seated at a chair, and catalogs upon catalogs of Gucci, Fendi, Prada, Louie Vutton… you name it.

within the 15-minutes of my first stroll down the center of the jam packed market, i was literally, pulled into one of the “less legit” stalls.
“hi! u like a bag?!”
“my english…”
* hand gesture for ‘little’

of course, all the while, John is about 10-steps and two merchandise packed booths ahead of me. he saw that i had stopped to look but wasn’t aware of my conversation with the girl or the interest i’d taken in this particular stall.

so the girl at the table flips through her Vutton catalog and i point to a picture and ask how they sell them since obviously, there isn’t any merchandise in the tent. the girl replies, “showroom… i take you showroom.”

in my mind i’m thinking, “uh wtf is a showroom?” but i’m being nice and smiling like a dope and the next thing i know, i’m following the short wavy-haired Chinese girl through the second, less traveled part of the market. after weaving past various stick-food vendors and the back ends of other colorful booths the girl stops at a security fenced door in a wall. all the while, John has now been left behind, two booths ahead which is probably now like, 8 booths off. 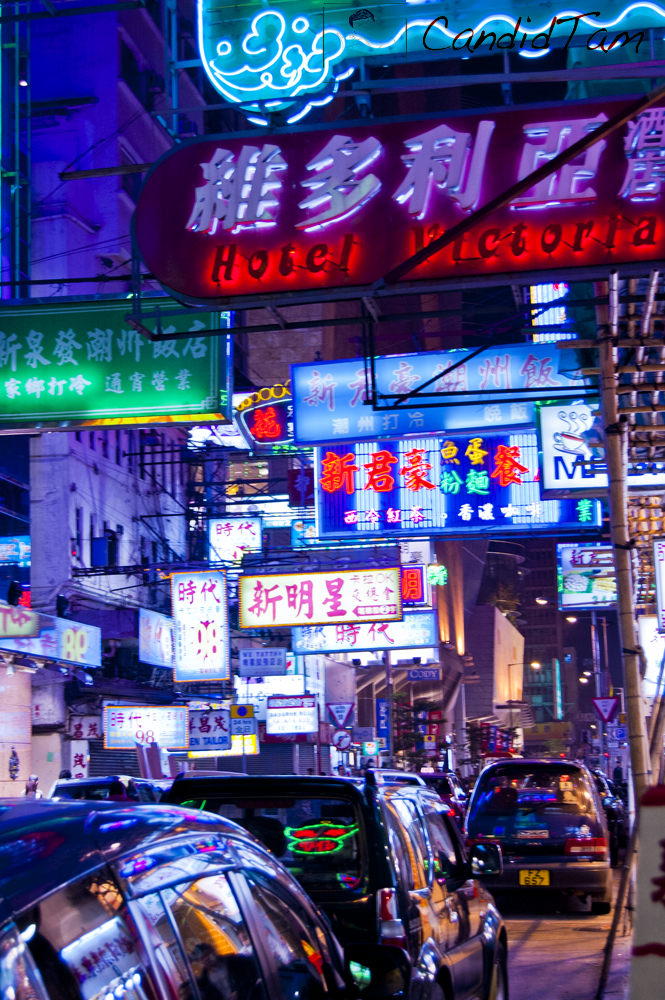 at the door the girl presses an earpiece through her hair, says something in Hong Kong-ese, looks left, then right, looks at me and then we disappear into the dingy front entranceway. so i’m standing in an old Chinese apartment building. the stairwell looks like something from a crazy Japanese horror film and the girl i’ve dumbly followed, out of the sight of my boyfriend, pushes the elevator button and tries to usher me into a greenly lit elevator car. this is when tam says, “uhm i better go find my boyfriend.”

the girl looks at me for a second, steps back to let the elevator go and says,
“oh oh!!! no no, this not danger.”
“come look”
*she points to that damn staircase
“come. go here, one floor. i show you showroom.”

ok. up the creepy stairwell and down a dark tile and concrete 2nd floor to an apartment door that is as equally as secured as the one downstairs with fencing and locks. the girl knocks and tells the people inside who she is. the inner is unlocked and the security fenced door slowly opens to reveal the most beautiful thing i have ever seen in my young adulthood.