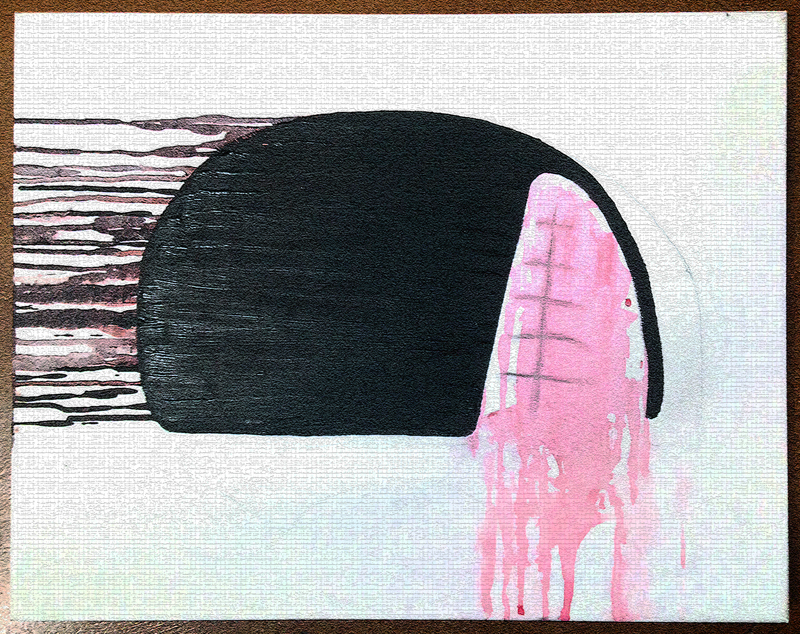 Nobody wants to say outright that victims of domestic violence are socially shameful and completely unacceptable, but the conviction is still there. Having your personal growth and perception of the world twisted like a rag at the hands of a sociopath is a popular taboo. It’s a stigma by which victims live with every single day of their lives. But this is the sort of thing we just don’t talk about at the dinner table.

The stigma of domestic violence carries a variation of hefty costs. It can take a toll on livelihoods by complicating careers. It can block out detrimental social networks. Even a decade after the actual acts of violence have passed on, the stigma of domestic violence can destroy a self-image and completely incapacitate any sort of will to survive. I should know, everyday I am a survivor.

I took on this topic because I was absolutely sure I’d get pages upon pages of interviews and definite supporting accounts relating to the stigma of which burdens a great number of living beings. According to an unsubstantiated report* quoted by the National Domestic Violence Hotline, “1 in 4 women [and] 1 in 9 men in United States are victims of domestic violence at some point in their lives.” I even went one step further and took it upon myself to run an unscientific blind poll where almost half of the total 31 participants answered “yes,” they had suffered from some form of abuse at some time in their lives.

I was absolutely sure I’d see gleams of stigma supporting evidence shimmering in the broken sea of confusion, silence, and fear. I figured I’d at least run across sympathetic assumptions of what it must be like, what it is like, to live in the grimy shadows of domestic violence. I didn’t think the stigma of domestic violence would be a tricky topic but other than two arbitrary survey results, a month’s research and after a handful of interviews I’m surprised to see how this entirely separate issue is so under represented.

“Even a decade after the actual acts of violence have passed on, the stigma of domestic violence can destroy a self-image and completely incapacitate any sort of will to survive.”

The results of my research showed everyone questioned, my blind polltakers included, all said they didn’t think victims of domestic violence should be treated any different or worse than anyone else. On the surface I didn’t see much supporting evidence of the stigma but after studying my notes and poll results, I began to see a visible pattern of various negative connotations. Besides the aforementioned results, my interviewees didn’t have much to say about the stigma at all, and my blind polltaker’s essays of why victims shouldn’t be treated differently started to show a slight undertone of misunderstanding the issue.

In the poll, some people saw domestic violence as the weakening of a person. Some expect survivors to become abusers themselves. Some of the polltakers think people seek out the abuse and it’s their drama. Regardless of the small glimpses of negativity, everyone was compassionate in the subject and meant well. And I must include myself in this group too. What unintentionally comes to my mind about survivors of domestic violence are images of young girls dancing on poles and people with tons of tattoos, hair dye, and piercings. (My hair is dyed and I had a few piercings.) Then I hear words like “damaged goods” and “daddy issues” in the back of my head. After that, I am tracked by a feeling of anxiety and shame but not because of what’s mentally triggered. More because I begin to think about what others would think of me if I admitted to a life of domestic violence.

What would my boss and my co-workers think? Would my friends treat me differently? Would I start getting obnoxious amounts of unnecessary pity? Would people avoid me? In my recent poll on abuse, thirty percent of those who admitted they had suffered from abuse said they hide their stories out of shame and embarrassment too.

“Then I hear words like “damaged goods” and “daddy issues” in the back of my head.”

And there you have it. These are the images, words, questions and ultimately the psychology of which are publicly perpetuated by the stigma of domestic violence.

Those who live with the memories of beatings and verbal assaults can also live in fear of coming off as a “broken person” to their bosses, friends and family. They can have a tendency to disassociate from groups of peers because they feel like they’re obviously different, somehow. There’s a slew of psychological issues brought on through the stigma of domestic violence. Ultimately when someone lives with such a debilitating feeling of indignity, they can easily shut down, shut off, and give up.

Team Leader Caitlin Castello for Chicago’s Chapter of the National Organization for Women agrees, “They [domestic violence survivors] don’t tell their story. They don’t think anyone wants to hear it and they don’t think it will benefit them by being open and honest.”

Contrary to what the Westernized practice is, talking about the latest sunglasses or handbag trends while ignoring real issues won’t make these problems go away. There’s a fine line of shared responsibility between everyone: the public, professionals, and even victims, myself included. We all need to trust that we can talk to each other. “At that point we can address the source of violence and why it happens. But I believe first and foremost every abused [victim] needs to tell [their] story. Only after our voices are heard and we come out of the shadows will [abusers] stop seeing us as victims,” says Castello.

Domestic violence and its nasty stigma can be dealt with but only thorough open discussion. Think of it like this, we all form a collective chain of trust but if one group (the public, survivors, or professionals) begin to negatively judge openly or inwardly, that’s when the chain breaks allowing both the cycle of domestic violence and its stigma to continue to thrive. The bottom line is victims need to talk about their stories most definitely without fear and especially without shame.

“This is one of the only crimes where there has been insistence that the victim provide the proof of the crime rather than law enforcement gathering forensic evidence to prosecute. Then there is the historical approach that calls DV a “private matter” and the blame of the victim as though something she did caused the abuse.” Says Department Director Christine Edwards of Chicago’s Catholic Charities.

“This is one of the only crimes where there has been insistence that the victim provide the proof of the crime rather than law enforcement gathering forensic evidence to prosecute.”

The reality is the less open we are about the truth of domestic violence, the more we procrastinate on the issue, the more of a stigma it’ll generate, the less help people in need will get, and the more of a problem it will become.

“The most important thing is that [victims] stop being silent.” Says Castello, but in order for that to happen they need to know their stories are welcomed in, and are important to the community. No one should have to live with a shame for which they’re not responsible. It’s finally time to face this issue squarely on but it requires your help. It’s time to start paying attention and giving back to the people. Our communities can be strong if we do our jobs to maintain the chain of moral support for one another. If we can do that, then we as a society can finally run down domestic violence and it’s stigma once and for all.

“Real statistics for Domestic Violence that would carry serious weight in the future of laws just don’t exist because somehow – someone in the social issue research driver’s seat missed the point.”

* NOTE: While I would love to stand by that stat there are a few things wrong with it. A. It’s inconsistent. It is quoted in various other site publications as a survey done in 2008 instead of the NDVH’s quoted 2005. B. It is inconsistent. It is quoted in various other site publications as a survey done by the CDC’s Morbidity and Mortality Report Weekly, Feb 2008 and not the CDC’s Behavioral Risk Factor Surveillance System Survey, 2005. C. I looked at both reports and saw there is no Feb 2008 MM report at all and there is also no research factor for domestic violence in the BRFSS too. Either way I really feel like there needed to be a ratio-based statistic quoted as it makes you look around and realize the people who surround you everyday may be in those numbers. Lastly, I did research and cannot find any sort of actual report on realistic sounding survey numbers of those counted in the issue of Domestic Violence. The only number I did find was quoted via the DOJ concluding that .07% of the population suffers annually and I think that number is so frighteningly low and inaccurate, it’s actually offensive. My conclusion of this overall research is that 1. I am not very good at researching stats like this – so show me the money. 2. The statistics are not easily made available for whatever reason, or 3. Real statistics for Domestic Violence that would carry serious weight in the future of laws just don’t exist because somehow – someone in the social issue research driver’s seat missed the point. Lastly I am aware it is frowned upon to write my own opinion into an article of facts but as a survivor looking for definite answers, this set of notes seriously sets me off.