Outsourcing the Outlook
By: Tamara, 2004

No matter which way this year’s popular opinion swings, outsourcing stands constant on the shoulders of American’s unemployment woes. This year’s presidential candidacy has galvanized a prominently ignored issue putting it front and center of every newspaper, magazine, and broadcast.

Experts like Joan Runnheim, the founder of Pathways Career Success Strategies, and a Monster.com Career Advice Professional, says the bottom line is cost savings. Runnheim explains corporations consider if a product could be made cheaper while weighing it against the talent pool for product development and delivery of services in the United States. “In other words,” Runnheim said, “Will outsourcing help make our company more attractive to our shareholders and/or board of directors?”

Corporate attraction isn’t what most Americans want to hear, however. As Senator John Edwards began to wrap up his campaign he told the story of a working father tucking his little girl into bed for the night. During a speech in Milwaukee Senator Edwards recounted, “Tonight when he comes home, he’ll be coming home to tell her that his factory is closing, that he’s about to lose his job.” The truth is “He’s done what he’s supposed to do, he’s been responsible, he’s worked hard, he’s raised his family.”

The senator empathizes with the family whose manufacturing job moved offshore. “The problem is they’re going to make it somewhere else, they’re going to make it somewhere outside of his community, outside of his country.” Summing up the familiar scenario, Edwards went on to say, “They only care about profits, they have lobbyists everywhere, and they own this White House [and] don’t hear the other America. They don’t see the face of this father who had to come home and tell his little girl that he no longer had a job.”

The future of American workers seems vague at best and some economists theorize this is the way the market should evolve. As U.S. industry grows, the lower end jobs incur lower cost labor. The long-term answer is for the American worker to upgrade and diversify their skills.

“It’s hard to tell someone that who’s been recently dislocated,” said Richard Kaye a Labor Market Economist for the Illinois Department of Employment Security. He pointed out that in the past, government intervention hasn’t worked well in any situation and suggests, “As lower skilled jobs get outsourced the workers have to upgrade to the higher skilled labor.”

Obviously there is room for disagreement to this Milton Friedman market outlook. According to Illinois Congressmen, Danny K. Davis, trade agreements like NAFTA, GATT and others allegedly advance healthy globalization goals but in reality, do not represent free trade at all. “A quick glance through the hundreds and thousands of pages which make up these treaties reveal all the special restrictive features of the treaties,” the congressman explains. “ At the same time these treaties do nothing to protect labor rights, environmental rights or consumer rights. These treaties are the legal basis for a race to the bottom, for cheaper and cheaper labor and lower standards of living.”

Currently, there are no scientific studies that categorize job losses by outsourcing but instead report job losses by industry group. Rich Reinhold, an Economic Analyst for the IDES addressed the situation. “In light of the absence of good data, Illinois and all other states, in cooperation with the U.S. Bureau of Labor Statistics, have begun to ask employers questions related to job outsourcing and offshoring as part of the Mass Layoff Statistics (MLS) program.” Reinhold says that the outsourcing data collection will cover only those layoffs that began sometime this year. “We do not expect to have reports available describing outsourcing and offshoring data for Illinois or the U.S. collected through the MLS program for another six months to a year,” said Reinhold.

It’s clear job security has become a myth and those who are employed don’t want to take any chances. As a new category is counted this year for unemployment statistics people will have to add new skills to their resume for an unpredictible future. For most Americans, the last three years have been economically uncertain. While free trade is favorably debated on Wall Street and more markets continue to deregulate, Main Street America anxiously watches and wonders if free trade is really free trade when the laborer has no upper hand? Today’s outsourcing of skilled occupations is this era’s new form of trade. It reflects shadowy distant histories of trading labor and could be more detrimental to our modern day United States, than most Americans would like. 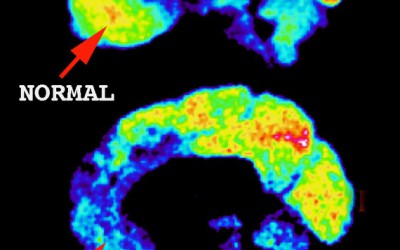 So if you missed the prank call of Wisconsin Gov. Walker’s office like I did till just now, then you’re in for an interesting listen. I also suspect Walker had a clue he wasn’t really talking to Koch somewhere towards … END_OF_DOCUMENT_TOKEN_TO_BE_REPLACED 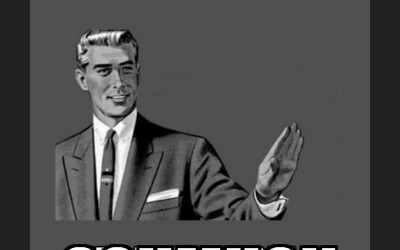 I present to you, my sad attempt at drawing and stuff. Jonny’s Neighbor – A first (and possibly last) cartoon by Candid Tam. END_OF_DOCUMENT_TOKEN_TO_BE_REPLACED